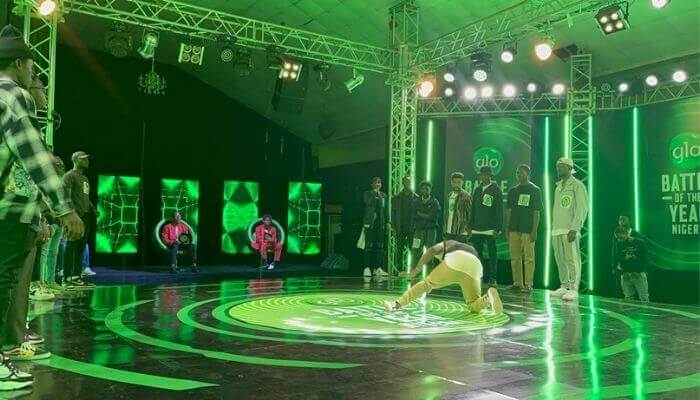 GLOBACOM, the organisers of the Glo Battle of the Year, has announced that the dance competition will start airing on TV stations in February 2022.

Glo announced that the competition will be run for 13 weeks and will produce a group that will represent Nigeria at the global contest which will hold in Japan in 2023.

According to the organisers, a total of N84 million prize money and an opportunity to represent Nigeria at the global stage for winners at the world’s biggest hip-hop dance show will be up for grabs after 13 weeks.

Battle of the Year is a yearly international break dancing challenge, which began in Germany over 20 years ago, and is widely regarded as the World Cup of breakdancing. The regional qualifying tournaments are held worldwide with the world finals usually staged in Germany.

The show, which is being hosted by award-winning On-Air Personality (OAP) and actor, Oladotun Ojuolape Kayode (aka Do2tun), involves three stages, starting with recently concluded regional battle rounds and quarter finals. Next are the live semi-finals and the finals.

Glo Battle of the Year Audition

The show is set to begin after auditions which began a few weeks back and across six states, Lagos, Kaduna, Benin, Port Harcourt, Enugu, and Abuja.

Glo Battle of the Year Judges

Judges for the show were also revealed to the media. They include local and international dance legends such as Gidnasty (USA), Menno (Netherlands), Manuela (Germany), Nigeria’s Poco Lee, Pinky Debbie, Izzy Odigie, Big Flo, Maxbuck, Dunamis, Franc Okwara, JC Jedor, and Poxy (Cameroon), would feature as judges throughout the show.

The Voice Nigeria Application 2022 | How to Apply for Audition