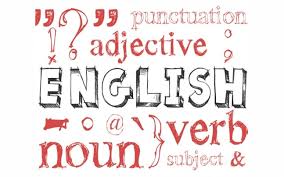 The English language has come to be the most diffused language on earth. It is followed closely only by the Mandarin language, spoken mainly in China within the landmass of the nation of China. The universality of the English Language has made it be recommended in various examinations and institutions. But little do we know that even in our day to day speaking of the language, both students and teachers, we make a lot of common mistakes in English. Not to talk of professional examinations.

The 10 Longest Words in English Language and their Meaning

How to Answer JAMB Use Of English Questions In JAMB 2020

Tip: “Its,” without an apostrophe, is the possessive version of a pronoun. In the above example, we should use the possessive “its” to talk about the spider’s web, because the web belongs to the spider.

“It’s,” with an apostrophe, is a contraction of “it is” or “it has.” When talking about the beauty of the web, we’re saying that it is a very beautiful web. Therefore, we should use the contraction “it’s” instead of “its.”

Example Mistake: The list of items are on the desk.

Tip: In the above sentence, the list of items is one singular list. Therefore, we should not use “are.” We should use “is.”

Correction: The list of items is on the desk.

Example Mistake: She had already went to the bathroom before they got in the car.

Tip: If you aren’t sure whether to use “gone” or “went,” remember that “gone” always needs an auxiliary verb before it. Auxiliary verbs include: has, have, had, is, am, are, was, were, be.

“Went” can’t have an auxiliary verb before it.

In the sentence above, we used “went” even though the auxiliary verb “had” is also present. Since the word “had” is there, we should use “gone” instead of “went.”

Correction: She had already gone to the bathroom before they got in the car.

Example Mistake: Stop watching my private journal. / I look at the snow falling. / I don’t play tennis, but I look at them playing every day.

Tip: “See,” “look” and “watch” are often confused in meaning. However, they should be used in different situations. The difference between the three verbs can be explained in the following way:

So, we can “see” something even if we don’t want to, but we can only “look at” something on purpose.

Correction: Stop looking at my private journal. / I watch the snow falling. / I don’t play tennis, but I see themplayingevery day.

Example Mistake: Take a deep breath through your nose and hold it.

Tip: The singular pronoun in the sentence should stand in for nouns, but here it’s unclear which noun it’s standing in for. The singular noun closest to the word “it” is “nose,” so it seems that “hold it” means to hold your nose. Instead, we want someone to hold their breath—not their nose.

When we use pronouns properly, we must easily understand which single noun the pronoun stands for. Make sure to be very clear. If it’s unclear, don’t use the pronoun or change the sentence!

Correction: Take a breath through your nose and hold your breath.

Example Mistake: I will be going to the dance party yesterday.

Correction: I will be going to the dance party tomorrow.

Tip: This is a mistake because “literally” means “actually” or “really,” and “figuratively” means not real. “Figuratively” is used to exaggerate, or enlarge the meaning of something.

Example Mistake: Can you borrow me that book? You can loan me my notes.

Tip: The listener may be confused since “loan” means “to give” and “borrow” means “to take.” It’s simple memorization that’s required to get the correct meaning.

For example, “borrow me that book” means “take me that book” in the above example. Where do you want the listener to take the book? That isn’t what you meant to say!

Instead, you would like to use the book, so you want someone to give it to you.

Correction: Can you loan me that book? You can borrow my notes.

Tip: Know your audience! Casual talk is for friends, not your boss. This isn’t formal, it’s slang. It can even be considered inappropriate or rude. To speak more formally in English, you should avoid contractions (say “how is” instead of “how’s”) and try to be more polite.

Correction: “Hello, how is everything going?”

Example Mistake: I have known him for always. I saw him since last year.

Example Mistake: (In an academic paper) If u want to know my opinion tho, IDK who should be president.

Tip: Try to break the habit of using text language to communicate your ideas. Write everything out completely. This text style is inappropriate language to use for academic purposes. Slang words like “IDK” (which stands for “I don’t know”) are good for conversation and texting only.

Correction: If you want to know my opinion, I do not know who should be president.

Example Mistake: (in a business letter) Dear Mrs. Jones: I am still interested in the job and want to thank you for the interview! I hope you will consider me for the following programs, A, B and C.

Tip: Be sure you understand the purpose for your punctuation.

In the example above, when you address Mrs. Jones, you should only include a comma.

Colons (:) are used when you want to make a list of something, and usually not when you’re addressing someone.

The exclamation point may be viewed as unprofessional. Often, they’re used to illustrate strong emotion, which is something a potential employer might not care for.

Correction: Dear Mrs. Jones, I am still interested in the job, and I wanted to thank you for the interview. I hope you will consider me for the following programs: A, B and C.

Example Mistake: I am a woman and I am a good mother and I am an office worker.

Tip: If you can’t say it in one breath, you shouldn’t write it like that either. A run-on is a sentence in which two or more independent clauses (i.e., complete sentences) are joined without appropriate punctuation. The example is missing a period after “woman,” and the example should contain two separate sentences.

Correction: I am a woman. I am a good mother and an office worker.

Example Mistake: A womans hat was left on the bus. / Two dogs use the dish. It is the dogs’s dish.

Tip: Apostrophes indicate that a noun owns something. There are no apostrophes in the first sentence, even though you’re talking about the hat which is owned by the woman.

In the second sentence, there is more than one dog, but the apostrophe is not used correctly. Singular nouns will always add ‘s when you’re indicating possession, even if the noun ends with “s.” Plural nouns that do not end in “s” also take an ‘s. However, plural nouns that end with “s” have an apostrophe added after the “s.”

Correction: A woman‘s hat was left on the bus. / Two dogs use the dish. It is the dogs’ dish.

Tip: In this example, Union is the only item that has been capitalized when there should be more.