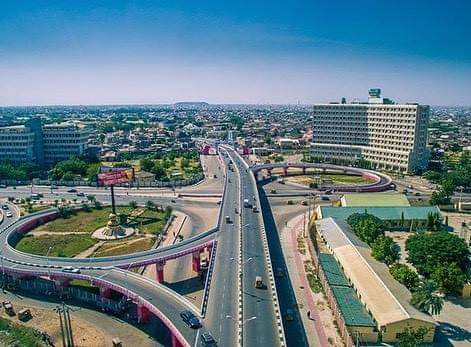 Travelling from Lagos to Kano by flight is a quicker and better option as the journey takes about 1 hour 45mins to 2hours.

Price of Lagos to Kano by Bus

The general transport fare from Lagos to Kano by bus is between ₦18,000 –  ₦25,000. Different bus stations may charge differently.

Driving from Kano to Lagos by Road

Hotels to Stay in Kano

Places to Visit in Kano State

This is an excellent example of Hausa traditional mud-walled architecture which was built in 1905 as the former and restored home of Hans Vischer, a Swiss-born teacher who contributed much to Nigeria’s education system during colonial times.

He was appointed Director of Education for Northern Nigeria by the colonial authorities and by 1914 had established over 1,000 primary schools in the north including one in the grounds of the house. He was known as “Dan Hausa” “son of Hausa” because he spoke the language so well. Today the house is an interesting museum with rooms dedicated to arts and crafts, Durbar costumes and gowns previously worn by Emirs.

Also known as “a settlement within a settlement”, the palace was created by Abdullahi Bayero, the father of the late Alhaji Ado Bayero (Emir of Kano). This present-day Emir’s palace provides an insight into the typical Hausa architectural design that has been existence for well over five hundred years.

The Ancient Kano City Walls were ancient defensive walls built to protect the inhabitants of the ancient city of Kano. The wall was built between 1095 through 1134 and completed in the middle of the 14th century. The Ancient Kano City Walls were described as “‘the most impressive monument in West Africa”. According to historians, the then General-Governor of the Colony and Protectorate of Nigeria, Fredrick Lugard, wrote in a 1903 report about the Kano Walls that he had “never seen anything like it in Africa” after capturing the ancient city of Kano along with British forces

The Kano indigo-vegetable dyeing pits ae one of the most fascinating aspects of the old city. Various designs are folded into the material before dyeing and the fabric is often beaten to achieve the shiny, indecent appearance. The techniques employed to obtain this look are unmatched around the world. And, although the methods they use are ancient, these lush works of art on fabric always remain extremely popular and continue to be in great demand.

1 throught on "Price of Lagos to Kano by Bus | Transport Fare, Distance, e.t.c."