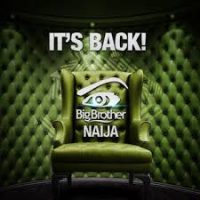 Going into BBNaija without a plan is a blatant waste of time. Efe had a plan in 2017 and it helped him. What is your plan for BBNaija 2020? See the Powerful Strategies that helped EFE Win Big Brother Naija. Also, get the BBNaija Application Form 2020/2021.

Efe won the Big Brother Naija competition in 2017 which brought a thunderous roar to the city of Warri and the whole of Nigeria. However, how and what made him successful and every other winner before and after him is what the 2020 aspirants should be thinking of knowing.

Based on logistics, Efe Ejeba is 25 million naira richer and a proud owner of a brand new SUV courtesy of Big Brother Naija (BBN). During the grand finale, Efe pulled a wide 57.61 percent of the votes cast to beat his closest rival, Bisola, who got 18.54 percent of the votes.

Going by these figures, it is obvious that there was no competition for the grand prize as Nigerians showed him, love. Efe was not just lucky or blessed; he had a strategy that worked.

Before his foray to BBN little was known about Ejeba Efe Michael compared to other housemates. He was born on February 25, 1993. He describes himself as a Nigerian rapper and songwriter, and reality television show star. With a not so rich profile, how Efe was able to generate so much frenzy online and offline is intriguing.

SEE HOW TO APPLY FOR MTN Project Fame 2020

1. Efe Sent The Right Message To The Right People

Reality TV is designed to show people at their most real state. We want to see these people on TV do things normal people do like eat, cook, wash and know their dreams, to know if we can relate to them.

When twelve housemates all entered Big Brother’s house, their lives were going to be examined, and the harshest critic was picked to judge them – the public. Efe had to come up with a relatable story. He chose a good one, with emotion.

He is a young Nigerian graduate who left the cold town of Jos in north-central Nigeria, to come down to Lagos to hustle and pursue his music dream. Grass to grace story will always appeal to most Nigerians. The streets of Lagos are filled with young people chasing their dreams.

So when Nigerians needed to change a hustling young man’s story, they found Efe. The empathy was so much, such that when evicted housemate Miyonse tweeted that BBN was not a poverty alleviation scheme, he was ignored.

It didn’t deter Efe’s fan base, rather it strengthened it. His message did not resonate with just average Nigerians; celebrities who had similar grass to grace stories, such as AY, Basket Mouth, Wizkid, and others, took it up by campaigning for him on their social media pages.

Maybe the reason behind their support could be that they were able to relate to his experience too.

“Based on logistics” is a new slang made popular by Efe. These words have become a part of everyday talk both on social media and informal conversations. His fans, EFENATION, campaigned with it.

It was a great marketing initiative that kept him in people’s minds and conversations. According to Wikipedia, the purpose of a slogan is to emphasize a phrase that an entity wishes to be remembered by. The phrase “based on logistics” helped etch Efe in the minds of people. It is also a material for brands to adopt. As he made those words popular, Efe became popular.

Reality TV is a game of popularity to boost ratings for the show. He easily had that.

3. He Benefited From The Mistakes Of Strong Contenders.

Another Strategy Efe used to Win Big Brother Naija was that he benefited from other housemates mistakes.

See mistakes some contenders made:

All these made Efe become the best candidate for the money. He was scandal-free, told everyone who cared to listen that he was real, and he proved it by his loyalty and friendship with Bisola, Bally and Marvis.

Now we have gifted you with some weapons you need to succeed in the Big Brother Naija Show.

We hope you utilize them well and come out successful in the BBNaija 2020 Show. 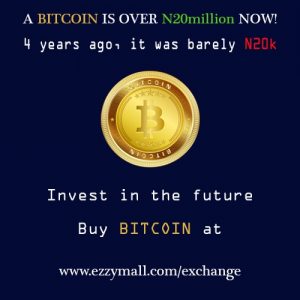