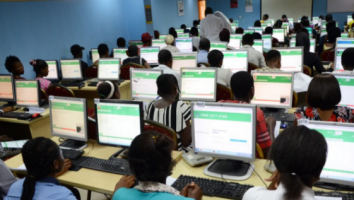 If you are taking Government in your JAMB 2021exam, here are some of the most repeated Jamb questions for Government. In other words, they are likely Jamb Questions and Answers in Government. These questions will cover a high majority of all parts of your government syllabus.

So, let’s get right down to business

21. The second ballot is based on the principle that a successful candidate must obtain

23. Unicameral legislatures are popular in

Ans: OAU, the UNO and ECOWAS

27. A human community that is usually cohesive and homogeneous is a

28. The Premier of the Western region immediately after Independence was ______

29. A typical form of delegated legislation is

30. According to Marxist theory, those who own and control the means of production in a capitalist society are the

32. Which of the following countries made up the Casablanca Group

34. The body responsible for exercising the functions of local governments in the 1976 reforms was the________

Ans: superior to the other components

36. The amalgamation of the Northern and Southern Protectorates of Nigeria was in

7 Reasons Why People Fail JAMB | No 2 Will Amaze You