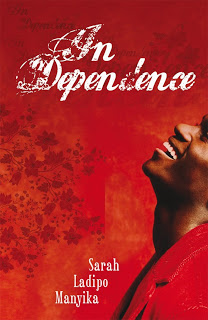 To all 2020 Jambites, these questions come from the JAMB novel In Dependence and the aim of this post is to help all JAMB/UTME students prepare for their exam: Here we have 80 likely JAMB InDependence Questions and Answers that will help you in the forthcoming UTME.

Below are 80 LIKELY Questions and Answers from JAMB Novel InDependence

1. For what purpose is Tayo travelling to England?

Ans: To take up a scholarship at Balliol College, Oxford

2. What is the name of Tayo’s school in England?

3. What is the significance of Tayo’s visit to relatives before embarking on his journey to England?

Ans: It is their tradition

4. Through what means of transportation does Tayo travel to England?

5. Why is Tayo surprised that people do not greet each other in passing in England?

Ans: Because in Nigeria, so much value is attached to greetings

6. In what subject did Bisi receive the highest honours?

7. In the Ajayi motto, all things are expected to be done with moderation except what?

Ans: He has a history, Don, at Oxford and Mr Faircliffe’s old colleague

9. What reminds Tayo of his mother in the Barkers’ house?

Ans: Isabella cooks wonderful meals in a way that reminds Tayo of his mother

10. Christine was in her third year of study when?

Ans: Tayo met her for the first Time

11. What is Vanessa Richardson’s nationality?

12. What is the name of the friend that Vanessa wrote a letter to, concerning the status of women?

13. The full meaning of JACARI is?

14. What are Christine’s reasons for putting an end to her relationship with Tayo?

Ans: Because she was called ‘clingy’ and the fear of her boy being snatched by some woman

15. The language of fun among Tayo’s Nigerian friends is?

16. What are the things that made Tayo remember home each time he is at Christine’s place?

Ans: Her cooking which reminds him of mama and the juju and highlife music she plays

17. What is the trait that Nessa cherises in Tayo and that is absence in Charlie and Mehul?

18. What does Nessa mean by saying she has a ‘’small confession’’ to make?

Ans: She has connections to Nigeria as her father is a colonial officer over there

19. What did Tayo name Vanessa as?

20. What delicacies did Vanessa’s mother make to welcome her daughter?

21. For what occasion did her mother ask her whom she was inviting?

22. Whom did Vanessa’s father invite for the occasion?

23. How old was Richardson’s house when Tayo attended a party there?

24. “We all get embarrassed by our parents”. Who said this?

26. What, according to the narrator, did Nessa admire in Tayo when she visited him in the room and saw him organizing his records in piles?

27. Where did Simon suggest that they (him, Tayo and their two girlfriends) spend Easter?

29. Why did Tayo feel guilty about Christine’s death?

Ans: His refusal to respond properly to her letters and not giving her attention

30. Who is the only family Tayo has in England?

Ans: To him, he is unconventional to him and because he had the opportunity of achieving a place at Cambridge University which Vanessa’s father didn’t have

32. What qualities did the narrator ascribe to Nancy?

Ans: She is being described as having a ‘supercilious (arrogantly proud) tone and feigned generosity

33. What made Tayo realise how lucky he was for getting a scholarship at Balliol?

Ans: He witnessed the life of struggle most African students live, engaging in ridiculous and exhausting jobs such as bakery and hospital work to make ends meet

34. What do the signs: “No Dogs, No Irish, No Coloureds’’ (Africans and Indians) symbolise in the novel?

35. The least strenuous work was reserved for whom?

36. Where was bathing done since there is no bathroom in Tunde’s house?

37. For what purpose(s) did Tunde throw a party in his house?

Ans: For Tayo and to celebrate Gambia’s independence

39. Whose wedding did Tayo and Vanessa attend?

40. Joyce was expected to be the bride, but the bride turned out to be whom?

Ans: He woke up homesick

43. Where did he buy his chicken from?

45. According to the narrative, who is Tayo’s favourite uncle?

46. Who invited Tayo to lead his school assembly with a lecture on Nigeria?

47. ‘’What are your intentions with my daughter?’’ Who made this statement?

48. Who sent Tayo the telegram which reads: ‘’Baba is in hospital, recovering. Return home immediately’’?

49. What does Tayo despise Mr Richardson for?

51. What circumstance led to the end of Tayo and Vanessa’s relationship?

52. In this narrative, Nessa’s dreams as portrayed by the writer are…?

54. In Tayo’s opinion, what are the root causes of oil corruption and a broken civil service in Nigeria?

55. In what university was Tayo offered a job?

57. Whose diary did Tayo discover in his study?

58. Why is Miriam loved by Tayo’s family?

Ans: She nursed Tayo’s father with care when he had stroke

59. Whose house is described as ‘Beauty in the Heart of Darkness’?

60, What is the name of the local artiste that took Tayo to the village?

61. What led to the closure of universities?

62. For what reason is Tayo Opposed to leaving the country?

Ans: He Wanted to wait and help his students

63. In order of occurrence, what are the challenges Tayo faced that made him reconsider leaving Nigeria?

Ans: The broken pipe, his house boy’s leave of him, his disappointment in the Foundation and threats to his life.

64. What was his purpose of planning to travel to New York, even though he eventually could not?

Ans: To receive an award for his book

65. Why did Simon arrange a meeting for Tayo and whom did he hold it with?

Ans: To help in the possible funding of Tayo’s university and held with Mr. Peters

66. What was the outcome of the meeting?

67. Who challenged Tayo on the road on his way home?

68. What reason did the soldiers give for bringing Tayo home?

Ans: They said Tayo had an accident while driving recklessly

69. What circumstance led to the death of Nessa’s mother?

71. By what means did Tayo’s mother die?

72. How many years of marriage did Nessa and Edward celebrate at their wedding anniversary?

74. To whom was the statement made?

75. What is responsible for the divorce between Tayo and his wife?

Ans: Tayo took priority in his students over his wife and child

76. For what reason was Tayo detained?

Ans: For showing his students Perry Henzel’s film, The Harder They Come.

77. What does Vanessa mean by the pick-up-your-stick-and-sandals marriage?

Ans: A kind of love story wherein two lovers who are each other’s first love do not get to marry each other but meet later in life to re-unite

79. What is the name of the home in which Nessa went to check on her aged father?

Ans: The Carrington Home for the Elderly

80. For what reason did Nessa tell her father when she was going to the airport?

Thanks for viewing our 80 LIKELY Questions and Answers from JAMB Novel InDependence.

2020 JAMB Registration Mistakes You Must Avoid

How to Pass JAMB 2020 with Ease | JAMB TIPS AND TRICKS

How To use Jamb Past Questions to Score Above 280