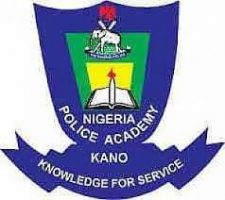 In response to this request, a team of three British Police officers led by M.A. H Pacy ( Assistant Chief Constable, Humberside Police) was sent to Nigeria by the British Government.

The team submitted its report known as the pacy report in 1982. This report was formally published as the white paper of the Federal Republic, of Nigeria, on the future training needs of the Nigeria Police Force.

A follow up of recommendations of the pacy report led to the search for the best training orientation for the Nigeria Police.

In 1986, the then Inspector General of Police Alhaji Mohammed A. Gambo rtd, sent a delegation of three Nigeria Police officers led by late S.Z. Daura (Assistant Inspector General) to Egypt to understudy the Egyptian Police Academy.

The report and recommendations of these two teams of experts had far-reaching effects in laying the foundation for the establishment of the Nigeria Police Academy, kano to serve as an institution for high-level manpower development, with a mission to train police officers to acquire the highest standards of professionalism.

The two campuses were merged and relocated to its permanent site in Wudil, Kano, after its was formerly Commissioned on the 2nd April 1996, by then Head of State and Commander in Chief of the Armed forces, General Sani Abacha, GCON, DSS, mni., with the expectation that the Academy will be affiliated to a University for degree awarding courses.

In the year 2012, the Federal Government of Nigeria upgraded the Nigeria Police Academy Wudil- Kano State, to a degree-awarding institution and the National Universities Commission, accordingly, recognized the Academy as the thirty-seven (37th) Federal University and the one hundred and twenty fourth ( 124th) University in Nigeria. Academy activities commenced in September 2012.

The following are the admission requirements:

a.  Candidates seeking admission into the Academy must be Nigerian citizens and must be between 17 and 22 years of age, and must have a height of not less than 1.67 Metres (5 Feet 6 Inches) if male, and 1.62 Metres (5 Feet 4 Inches) if female. In addition, male candidates must have an expanded chest size of not less than 86cm (34 Inches for those between 21 and 22 years of age). All candidates must be free from any physical deformity or mental disability.

c.  Candidates must also obtain satisfactory scores in both the written examination and the interview and must pass physical and psychological tests of fitness.

d.   SSCE STATEMENT OF RESULTS OR CERTIFICATES RELATING TO EXAMINATIONS TAKEN BEFORE 2014 WILL NOT BE ACCEPTED.

WARNING:- NO Result earlier than 2007 will be accepted.

The following are the complete and updated list of courses offered in the Nigeria Police academy (NPA).

In no particular order, they include;

In view of the fact that JAMB has not yet announced the cut-off mark for this year’s admission, the Academy has decided that only candidates who scored 180 and above in the UTME and purchased the Academy online Application Form will be eligible to sit for the Selection Examination. This is without prejudice to the cut-off mark to be eventually announced by JAMB.

Candidates need not select the Nigeria Police Academy, Wudil as a University of choice in the JAMB form.

1.     The name of the examination should continue as SELECTION EXAMINATION.
2.     The Examination shall assume the following pattern:

SELECTION A:  General paper – compulsory for all candidates (Weighting, 40%).

Other sections, (only one section to be answered by candidates based on Faculty of choice (weighting 60%).

GENERAL PAPER AND ANY OF THE FOLLOWING 3 SUBJECTS

SELECTION B: FACULTY OF HUMANITIES:

The Nigeria Police Academy, Wudil Selection Examination, may be Computer Based Test (CBT) or Pencil and Paper.  The examination shall comprise of a General Paper (Section A) which is compulsory for all candidates.

It will cover areas such as general knowledge and current affairs, English Language and Mathematics.  Other sections are to be selected according to the candidate’s Faculty of choice. Only candidates who meet the Nigeria Police Academy cut off mark of 180 in UTME and above will be eligible to sit for the Nigeria Police Academy Selection Examination at the 19 designated Centres. The list of Centres is in the Academy Website.