This is Nigeria’s 15th appearance at the Commonwealth Games. 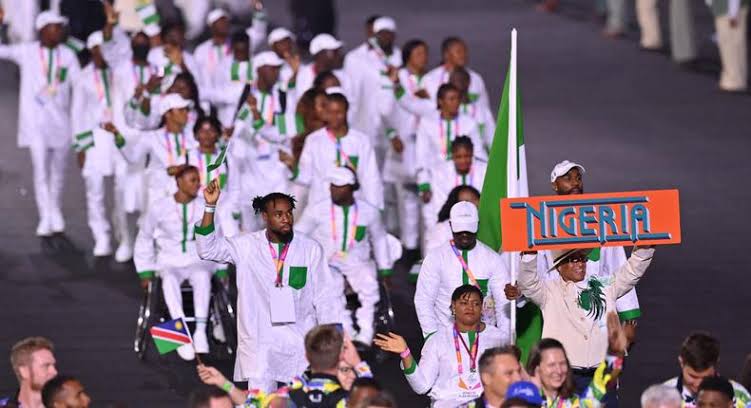 Tobi Amusan will defend her gold medal from the 2018 edition at Gold Coast, Australia and will take the lead of the Athletics team, which is the largest contingent, as they defend and compete for more medals.

Ese Brume, the Silver medalist, of the just concluded World Athletics Championship will be participating in the Games, as she aims for gold medals in the Long Jump events this year.

In wrestling, the Tokyo Olympic silver medalist, Blessing  Oborodudu, also seeks to defend the gold medal she won at the last Commonwealth Games in Gold Coast, Australia in the Women’s -68kg category. While Odunayo Adekuoroye will defend her gold medal in the -57kg category, just as Aminat Adeniyi who also won a gold medal in the -62kg event.

The Table Tennis contingent led by Men’s singles Silver Medalist, Aruna Quadri, would be aiming to improve on the silver medals they earned in team event from Gold Coast in 2018.

The team is set to surpass the total number of medals attained at the 2018 edition, which was 24 medals consisting of 9 Gold, 9 Silver and 6 Bronze.

Africa’s U-18 Javelin gold medallist, Chinecherem Nnamdi, and Tokyo 2020 Paralympic gold medallist, Folashade Oluwafemiayo were named Nigeria’s flag bearers at the opening held on Thursday, 28th July, at the Alexander Stadium. The stadium will play host to Athletics when it commences next week.

Watch a short clip of the opening ceremony held on Thursday https://youtu.be/JZRX4-h8c3Y