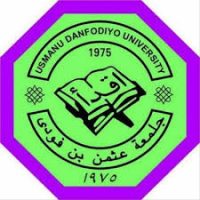 For all applicants for admission into the Usman Danfodio University, Sokoto, here is a full list of the UDUSOK Cut Off Mark for all Courses like Medicine and Surgery, Pharmacy, Law, Engineering, e.t.c. This also contains the Cut Off Mark for the POST UTME/Screening.

The Usmanu Danfodiyo University, Sokoto (formerly the University of Sokoto) is one of the four Universities established by the Federal Government of Nigeria in September 1975, at which time three University Colleges (now full-fledged Universities) were established.

The development of the university started on a temporary site (now called City Campus), situated along Sultan Abubakar Road, Sokoto. classes started in October 20th, 1977, with an initial enrolment of ninety-three undergraduate students for the degrees of Bachelor of Arts, Bachelor of Arts/Science in Education and Bachelor of Science; and an academic staff strength of thirty-three.

WHAT IS A CUT-OFF MARK?

A Cut Off Mark is the benchmark in which a student must meet in his/her JAMB Utme Examination so as to be considered for a Post UTME Examination or direct admission by the management of the institution he/she wishes to attend.

0 thoughts on “Usman Danfodio University, Sokoto, UDUSOK Cut Off Mark for All Courses 2020/2021”