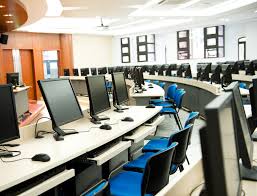 Hello there! Keep up with the constantly updated Jamb Repeated Questions. If you are taking Jamb in your 2019 utme exam, here are some of the most repeated Jamb Questions and Likely Jamb questions and Answers for Literature. These questions will cover a high majority of all parts of your Literature syllabus.

If you are preparing for your jamb, do well to followup this series on Jamb Recent repeated questions and Likely Jamb Questions and Answers

SEE ALSO: Recent JAMB Repeated Past Questions and Answers for all Subjects 2020

Syllabuses:  Original JAMB Syllabus and Hot Topics for all Subjects 2019/2020

So, lets get right down to business

In Richard wright Native Son:
Bigger kills Mary due to fear.
Weekly, Bigger is to be paid twenty five dollar
Consider the following poem:
I wonder how long, you awful parasites,
Shall share with me this little bed,
And awake me, from my sweet dreams be lost,
Sucking blood from my poor head…
Mbure: “to bed-bug”

1.The lines on the poem above is an example of a

2. A limerick is a funny poem consisting of

3. The most common figure of speech in the poem above is

4. The poet personally expresses dismay about

5. A ___ is a figure of speech which shows direct comparison between two things that are unrelated, but which share some common similarities

6.___is defined as a word that tries to copy the natural sound of a thing.

7.___ is a form of infectious virulent satire in verse or prose, which is sometimes a malicious or unjust attack on a person, an institute, or an activity

8.An___ is a figure of speech sometimes represented by an exclamation, such as “oh”

9. A  is literary genre and type of comedy that makes use of highly exaggerated and funny situations aimed at entertaining the audience

10._____is a type of figure of speech in which two contradictory words appear in conjunction that is, a word and its opposite are in the same sentence.

11.___ creates a sound effects that mimics the thing described making the description more expressive and interesting

13. Metre or meter is a unit of rhythm in poetry, the pattern of the beat

14. A___ is a story in which animals or things are used as characters

16. _____ in a novel refers to the way the characters are revealed to the reader

17. A literary work in which the characters and events are used as symbols is known as ___

18. ____ is the representation of a complete series of actions by means of speech, movement and gestures for the stage, screen and radio

19. Caricatures of politicians are commonly used in editorial cartoons, while caricatures of movie stars are often found in ____

20. When a writer or an artist makes fun of someone or something, by imitating the same thing in a funny way, it is called _____

21. Based on Femi Osofisan’s Women of Owu, the gods are portrayed as

A saviours of mankind – ANS

22. Based on Femi Osofisan’s Women of Owu, Orisaye describes Balogun Kusa as

A a good leader

B a great warrior – ANS

C an enemy and a butcher

D a friend in need

23. Based on Femi Osofisan’s Women of Owu, Balogun Kusa is killed by a

24. Based on Chimamanda Adichie’s Purple Hibiscus, one of the changes introduced into St Agnes’ Church by Father Benedict is that

A everyone must take holy communion – ANS

B there must be fasting every month

C the Credo must be recited in igbo

D the Kyrie must be rendered only in Latin

25. Based on Chimamanda Adichie’s Purple Hibiscus, Eugene Achike in the novel is portrayed as

A a tough retired soldier

B a soft and gentle husband

26. Based on Chimamanda Adichie’s Purple Hibiscus, in the Achike family,the character who is central to the theme is

The dominant technique used in Serenade is

28. An action in a play that stimulates the audience to pity a character is

29. Fletcher’s Upon An Honest Man’s Fortune encourages people to

A accept life as it is

C move in the direction of God – ANS

30. Purgation of emotion, pity and fear is

31.  A device in drama where a character speaks alone is

32. This question is based on J.C De Graft Sons and Daughters.
‘I simply don’t understand what’s the matter with everybody today. everybody let me down, and ……
The speaker above is referring to

A Hannah and George

B Aaron and Maanan – ANS

C Lawyer B and Mrs. B

33. This question is based on J.C De Graft Sons and Daughters.
‘I simply don’t understand what’s the matter with everybody today. everybody let me down, and ….
The traditional o4rder in the play is represented by

The predominant device in Launko’s End of war is

35.  These questions are based on Literary Appreciation

‘That year the harvest was sad, like a funeral and many farmers wept as they dug up the miserable yams. One man tied his clothe to a tree branch and hanged himself.
Chinua Achebe: Things Fall Apart.
The mood conveyed in the excerpt above is one of

36. These questions are based on Literary Appreciation

But the towering earth was tired sitting in one position. She moved, suddenly, and the houses crumbled, the mountains heaved horribly, and the work of a million years was lost.
The subject matter of the extract above IS.

37. Woke, once, the clays of a cold star
Are limbs, so dear achieved. are
Sides full nerved still warm too hard
To stir was it, for this the clay grew
Tall? O what made fatuous sunbeams
Toil to break earth’s sleep at all

Use the lines above to answer this questions;

The theme of the poem is

A distortion of life

B creation of life

38. “O’deadly sin! O rude unthankfulness!
Thy fault our law calls death, but the kind
Prince, taking thy part, hath rushed aside the law,
And turned that black word “death” to banishment.”

Based on William Shakespeare’s Romeo and Juliet, the speaker in the passage above is

39. These question is based on General Literary Principles.

40. The figure of speech in which the writer means the exact opposite of what he intends to say is

How to Overcome Exam Fear

The 6 Big Secrets of Every Successful Student

Scientifically Proven Ways to Remember Everything You Read

7 Things you MUST Consider When Choosing A University In Nigeria