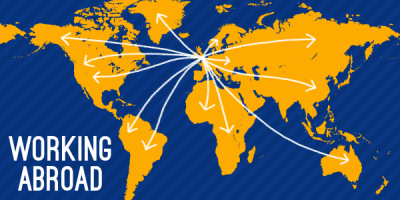 Top 10 Best Countries to Study and Work in Europe – Students from around the world choose Europe as their top destination when they are considering schooling and working because the countries of the continent offer good options to study and work, and the wages are good enough to sustain most students in a school with enough time to work.

It is common knowledge that the quality of education and living in Europe is very high. But in a large continent ;ike Europe, which countries are the Best to study and work as an international or local student?

We would be examining all the facts based on official statistics and what present and former students have to say.

RECOMMENDED: 4 Important Tips On Getting A Job Abroad In 2019

Best Countries to Study and Work in Europe

There are so many reasons why Germany would keep topping the list of the best countries to study and work in Europe for many reasons.

Germany offers low tuition fees which are exceptionally low and even free in many cases. Germany is the most preferred destination for international students who seek to study in Europe.

The economy of Germany is very strong and the wages are comparatively higher than most parts of Europe, including wages which are very high.

The standard of living is relatively higher than in most European countries. The cities are some of the best in Europe and very student-friendly ranging from Hamburg, Munich and even Leipzig.

Countless opportunities for international students to study abroad abound in Germany, especially if you intend to focus on international business, humanities, and STEM majors (science, technology, engineering, and mathematics).  Learning German is a major advantage though.

With historical and famous cities like Barcelona and Madrid, Spain continues to draw students from all over the world to its cities, particularly for those majoring in the arts and humanities. Classes are taught with Spanish or English and you would have no hard time settling in as there are a lot of English-speaking residents of the Iberian Peninsula country.

Asides education, Spain is fun to live in with the many cultural displays and even which would surely fill your time like the flamenco and so much more.

Like Spain above, Italy is especially popular for its famous cities and the historical settings, including places like Rome, Florence and Turin. It is also a top destination for students who seek to major in the arts, humanities, international business, music, and fashion.

Just about every place and thing in Italy has a cultural and historical feel to it, from the statues, the chapels, the streets and a thousand other things.

You’d be so immersed with everything happening around you in Italy that there hardly going to be a boring moment. What’s more, the food and cuisines are as amazing as they are famous for. Just remember not to forget your studies though!

France is arguably the top 3 destination to study and work in Europe, particularly for students majoring in the liberal arts based on its focus on arts, language, and food.

Of the French cities, Paris is the most favoured by students who seek to study in France. If you seek to be in the very heart of everything French, travel to cities such as Lyon, Nice, Marseille, and Bordeaux.

Switzerland which has a very diverse terrain is top on this list of best countries to study and work in Europe. You probably must have heard jokes about the Swiss and chocolate. Well, that isn’t all the country is famous for as it is also known for fondue, watches, and high-profile bank accounts.

If business and finance are your main interests, the Zurich is the place to live, study and work. Switzerland is situated in Central Europe and has 4 official languages which are: French, Italian, German, and Romansh.

The UK is one of the best countries to study in Europe and made up of England, Wales, Scotland, and Northern Ireland with many world-standard universities. The culture is lovely and the people are warm.

English is the main language of communication and you can visit the famous cities like London, Cardiff, Newcastle, Belfast, Edinburgh and it has a popular sports culture. You could visit its many sports centers like Wembley Status.

Norway has many options for those who want to study abroad and yes, it is a very beautiful country with scenic places. The Northern lights, the midnight sun and so many others are some of the scenic phenomena you’d discover in Norway.

The study programs are usually tutored in English but learning Norwegian wouldn’t hurt. There are so many phenomena when you study in cities such as Oslo where Viking ships still tell you of the country’s awesome history of Bergen, the gateway to fjordland.

England is a small country but there are many world-class universities from Oxford, Cambridge, Manchester and more. London is the top choice for international students but you have to bear in mind that the cost of living in the capital is relatively high.

As English is the language there, you’d face no language barrier and the economy is good with many industries where you can work in while you study in Europe.

If you are conversant with historical and mythical tales, Greece must have appealed to you and have been the subject of countless books and stories.

It has a very multicultural society and has recovered from the recession which plagued its economy in 2010.

Eastern Europe which is where the Czech Republic is located is cheaper to live in than Western Europe where most of the countries on this list are located in.

The architecture is of the style of the middle ages and you would surely fall in love with its many cities.